Update: OpenSprinkler 2.0 or above uses a different switching regulator and does not require additional resistor any more. The information below is only relevant to OpenSprinkler 1.x.

As you know, OpenSprinkler uses a single 24VAc sprinkler transformer to power both the circuit and the sprinkler solenoids. Frequently people are using a WiFi adapter together with OpenSprinkler to provide wireless Ethernet connection. So how about using the same transformer to also power the WiFi adapter? Ah ha, good question. This turns out to be possible and quite easy to do! 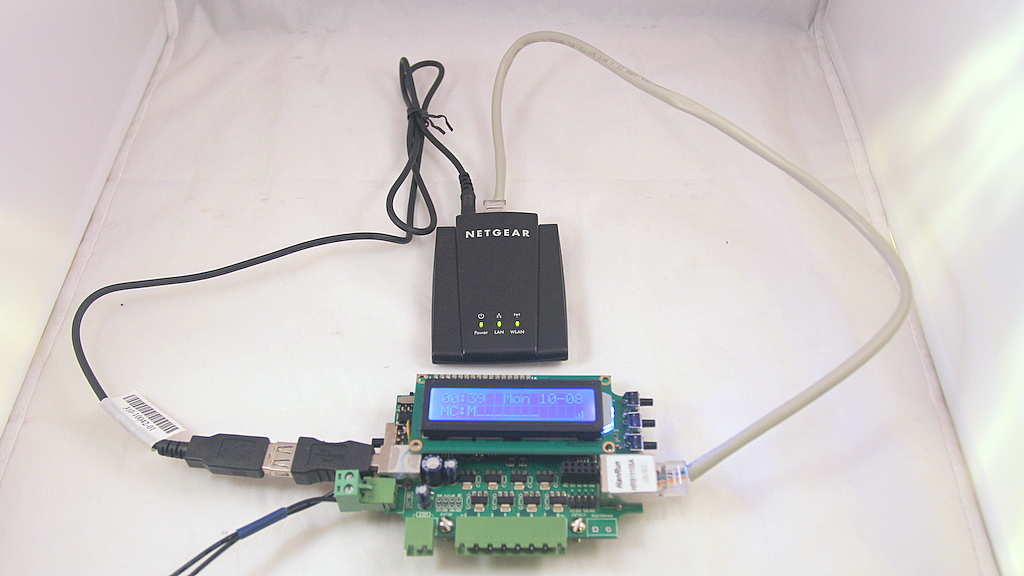 The basic idea is that many of these WiFi adapters (such as the popular NetGear WNCE2001) can be powered using an attached USB cable. One end of the cable is a USB Male A connector, and the other end is typically a 2.5mm power jack that goes into the adapter. Since OpenSprinkler has a built-in USB port (which is connected to the +5V output of the 34063 switching regulator), it can be used to directly power the WiFi adapter. However, OpenSprinkler’s USB connector is a Female B type, so the trick to make this work is to throw in a USB Female A to Male B converter, as shown in the picture below: 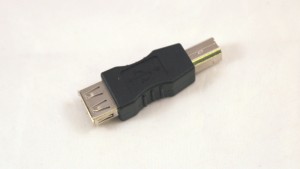 You can get this converter from Rayshobby Shop or at online retail stores.

Hold on one second, this is not the only thing you need to do. You also have to solder an additional 1 ohm resistor to the circuit board. The reason is that these WiFi adapters are quite power hungry: I measured that the NetGear WNCE2001 draws about 300-400mA current during operation. On the other hand, OpenSprinkler (by default design) outputs about 330mA current on its +5V output, of which 180mA will have to power the mcu and Ethernet controller. So we need to increase the current output. Fortunately this is not too difficult to do. The trick is to reduce the resistance of Rsc — current limiting resistor for the 34063 switching regulator. According to 34063’s datasheet, the maximum output current is 0.33/Rsc. So if we put two 1 ohm resistors in parallel, Rsc is effectively 0.5 ohm, and hence the maximum output current increases to 660mA, enough to power both the circuit board and the WiFi adapter. Also, OpenSprinkler v1.3u and v1.4 have already designed a spare slot for the parallel Rsc, so it’s pretty easy to make the modification.

You can reduce Rsc even further to provide better safety margin. 34063 supports maximum output current of 1.5A. To do so, you can keep putting more 1 ohm resistors in parallel until you reach the desired resistance. The reason to use multiple 1 ohm resistors is because it’s lowest value common resistor. Anything below 1 ohm will have a big price jump.

Again, if you are interested in trying this, you can get the USB converter from Rayshobby Shop. We will also throw in a couple of 1 ohm resistor free of charge!