We’ve just got a new batch of enclosures for OpenSprinkler Pi (OSPi). The dimensions are the same with the transparent cover enclosures we’ve been using so far, but it’s now in solid color (light gray) and comes with a printed label on top. The picture on the left below shows the new enclosure. For comparison, the picture on the right is the current one with transparent cover. 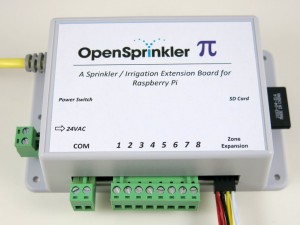 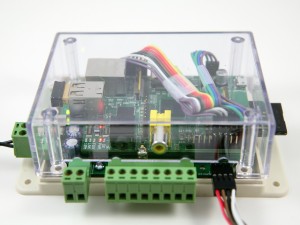 The label makes it clear where each connector is located. Also, an additional cutout is included in the left-hand side to allow an Ethernet cable to pass through. This will be useful for anyone who wants to stick with wired connection. The pictures below show the two pieces of the enclosure and the assembly from three different sides: 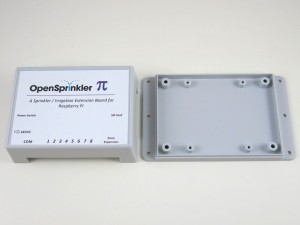 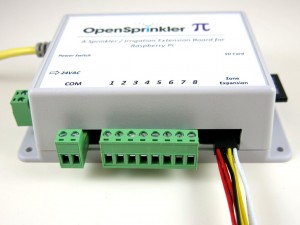 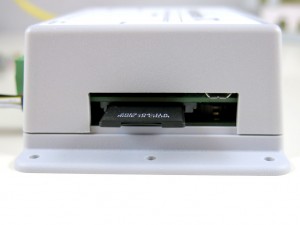 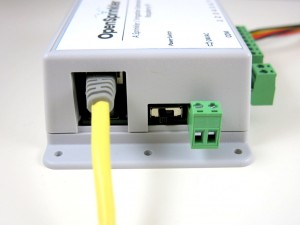 A little bit history about this: the transparent cover was originally adopted because it’s exactly the same enclosure used for Arduino-based OpenSprinkler DIY kit. There is a good reason to share the enclosure as it saves cost of having to making a new design. Now as the OpenSprinkler DIY kit will soon step up to use the injection molded enclosure, it’s time to give OpenSprinkler Pi a dedicated ‘shirt’, so that the cutouts can be more tailored to OSPi.

Anyways, the new enclosure option is compatible with all existing versions of OSPi. If you’ve purchased an OSPi in the past and prefers the new enclosure, you can purchase it separately from the store link here. Thanks!