Yesterday we went to the RI Mini Maker Faire in Providence. I came back around midnight last night, feeling quite tired. It was a fun trip, and the first time that I went there as a maker. The faire was co-located with the Foo Fest, so even though its size is nowhere comparable to the Bay Area Maker Faire and New York Maker Faire, there were still a decent number of people. We had a single and fairly small table to showcase everything. As you can see from the pictures below, the table was very crowded, but we managed to lay out everything I wanted to show, and the promotional materials as well 🙂

As in previous Maker Faires, the most fun and rewarding part of the experience is that I get to talk to a lot of different people, explain to them how electronic gadgets work, get them excited about electronics, answer their questions, and hear their innovation ideas and solutions. I had two students, Kim and Cheni, who kindly offered their help, so I got to spend more time talking to people. 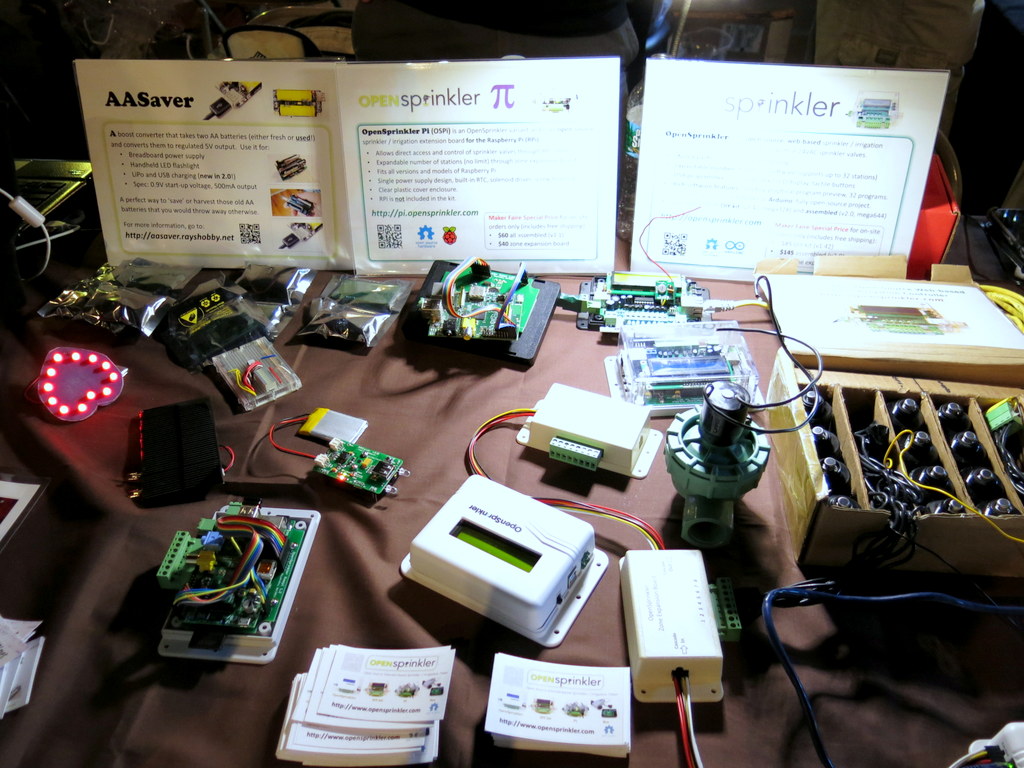 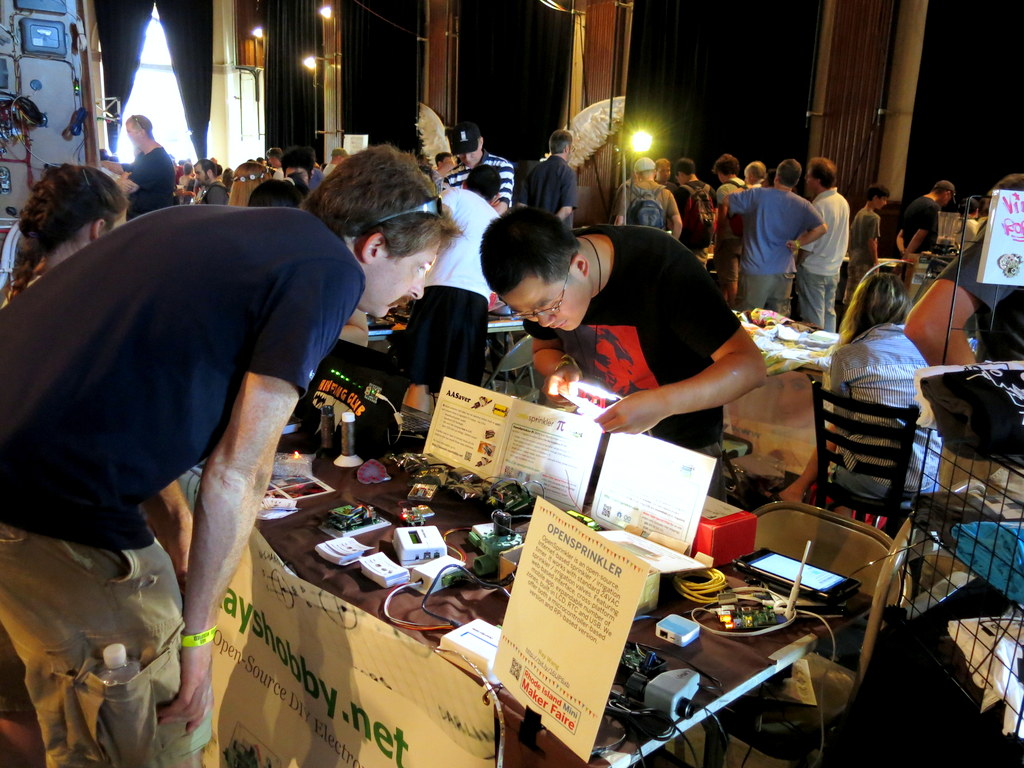 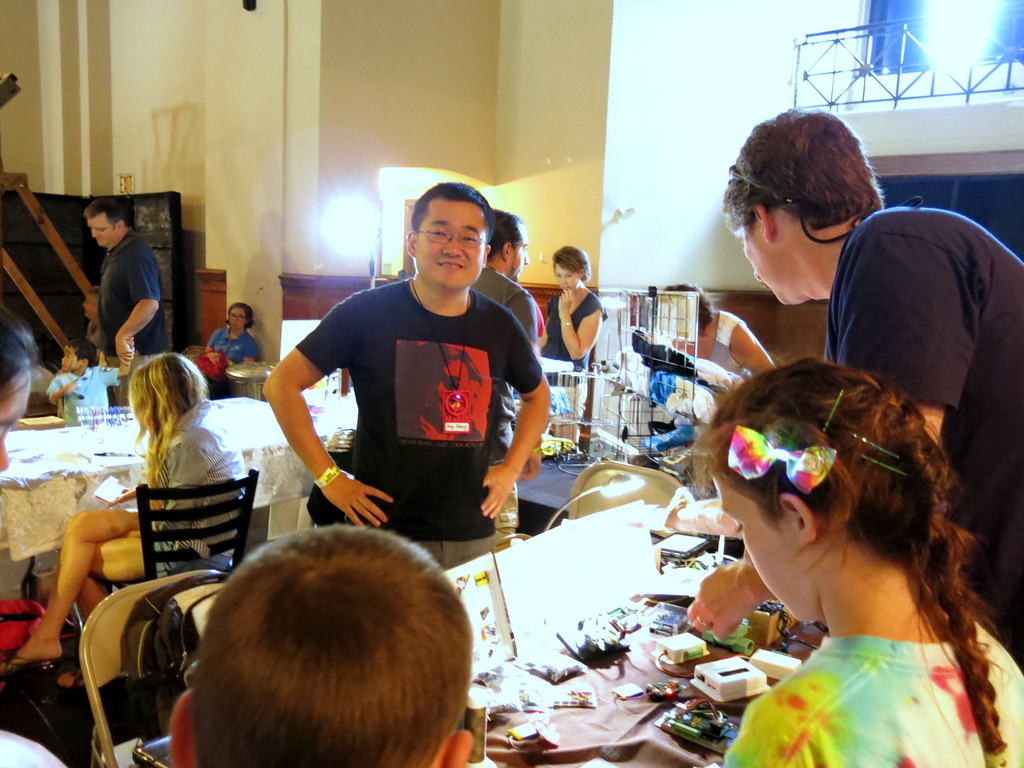 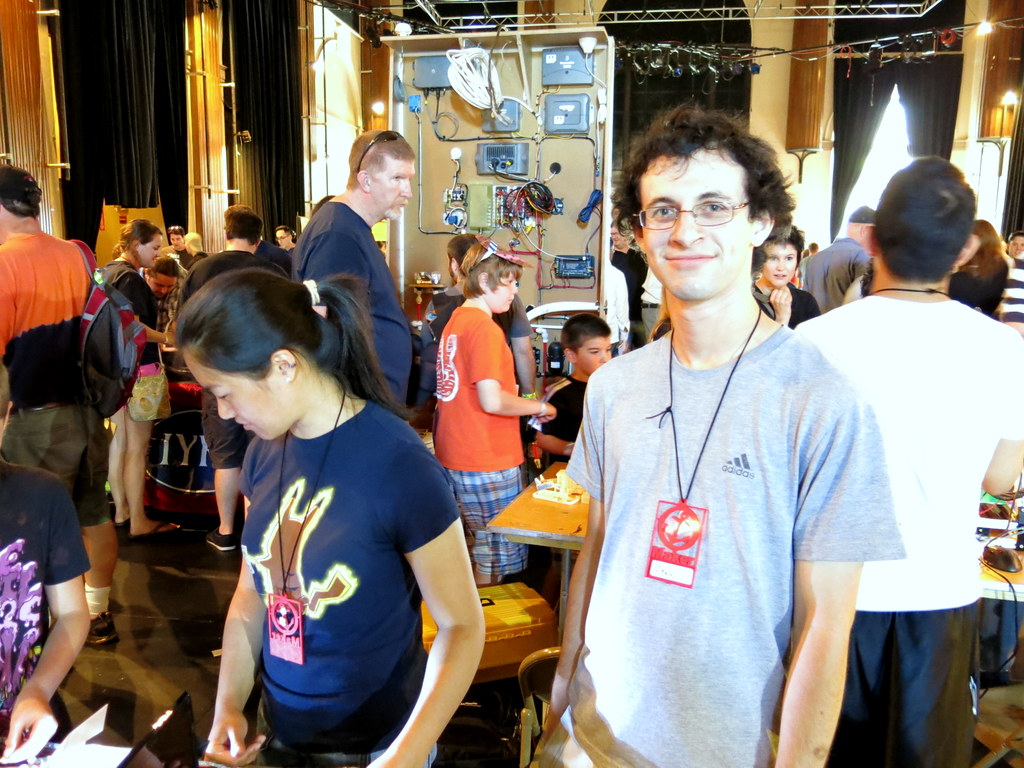 One tip I learned from the Bay Area Maker Faire earlier this year is that everyone is really excited about blinking LEDs. I know, it sounds trivial, but really, everyone loves it. Last time I just accidentally packed a hundred self-flashing and RGB color LEDs, together with coin batteries in my baggage. While setting up the table, an idea popped up in my mind that we can distribute them as free gifts at the faire. They are really cheap, so I don’t mind giving them away. What I didn’t foresee was how popular this was: the one hundred packets were gone almost in no time.

So this time, I am better prepared: I brought a bag of one thousand self-flashing and RGB color LEDs, together with one thousand batteries! We printed instructions so people can learn how to make an LED throwie on their own (basically sandwiching a coin battery in between the two legs of an LED). We distributed these as free gift to people, but told them it’s only free if they make one themselves (instead of taking away our demos 🙂 ) This was a huge success: I estimated that we gave away at least 250 of these. Many people passing by the table saw this and were eager to give it a try. Kids especially love these. Kim and Cheni were busy cutting tape and helping others learn to build their LED throwies. It’s really rewarding to see something so easy to learn can get people to excited, and it’s also fun to see how people were teaching each other at the table, and bringing their own friends to learn how to build these. Perhaps to some this will motivate them to explore the world of electronics. Then I will feel I have fulfilled my education mission a little bit 🙂 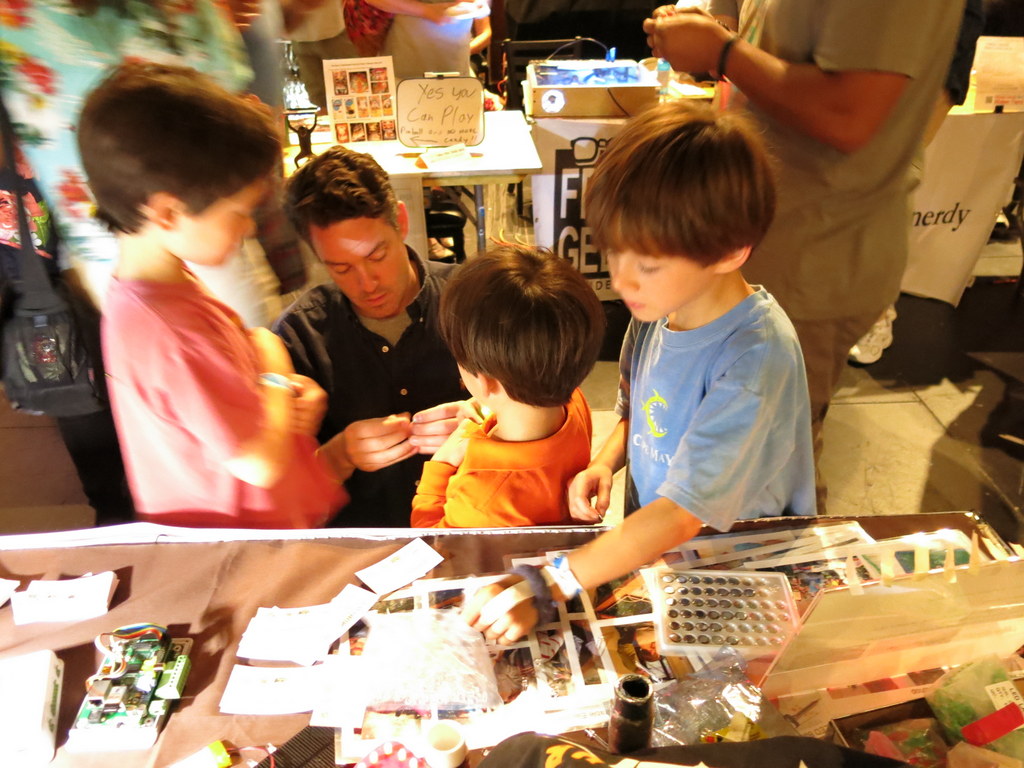 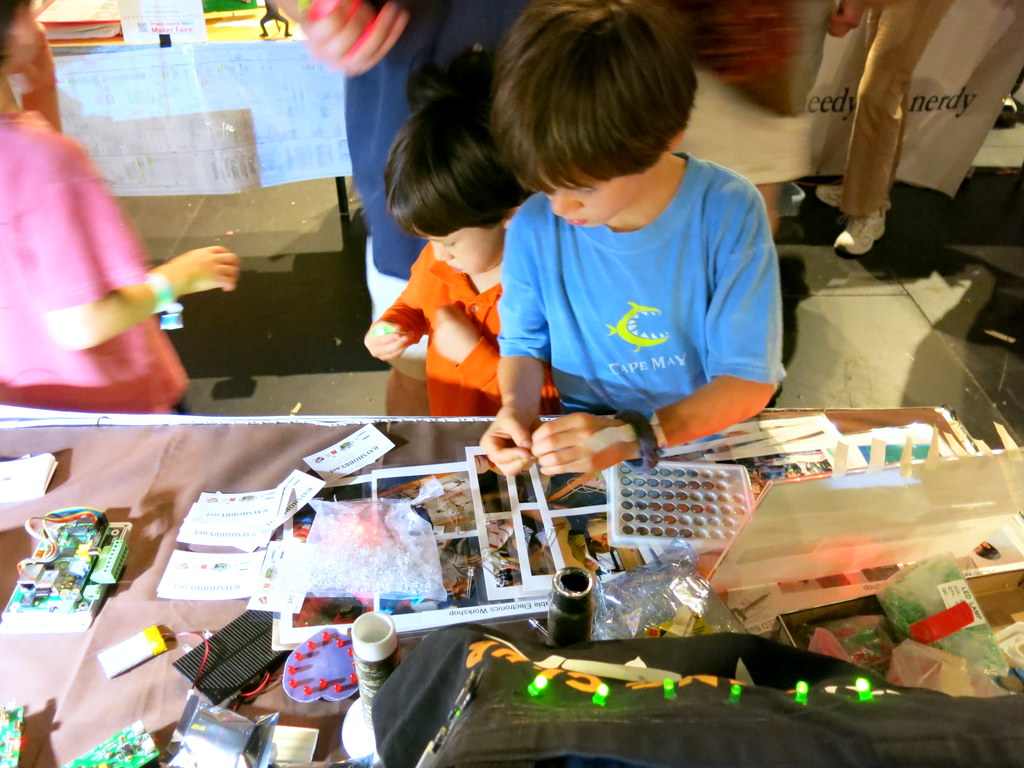